Bell Made of Bells

This is a short winter exhibition for young artists held at the Aichi Arts Center. The site can be selected from the designated locations by eight artists. We chose the 10th floor outdoor garden, which is the only exterior space.

I made it with the aim of exhibiting it outside and taking people out in the harsh cold conditions of February. Generally, exhibiting an art work outside is greatly affected by the weather, and the maintenance of the work depends on the external environment. In addition, he proposed a work that makes the best use of the disadvantageous site characteristics such as February, which is a cold season, without considering it as a negative factor.

We focused on the experience of “ringing the bell” as much as the beauty and beauty of the visually transmitted work. The act of ringing a bell is performed at festivals such as shrines, temples, and chapels, bringing extraordinaryness and encouraging a change of mind. A collection of small bells wraps around a person and becomes a soft bell that sways softly, creating an externally pleasing appearance. In addition, it is also a bell that has an internal element that makes a touching sound and speaks to the heart, which gives a new feeling and a self-cleaning effect. And the bell changes its shape by the wind and human hands, and it becomes a viewing spot where people naturally gather while changing the scenery, and the sound emphasizes the silence of the roof garden and becomes a device that conveys an unprecedented charm. is there.

I feel that this proposal is valuable for the fun of its fluttering movements and the simple and pure enjoyment created by the sequence of sounds. On the other hand, I feel that the experience of ringing a bell has a great effect on the spirit, such as new feelings that pierce people’s hearts, sacred feelings, and feelings of self-reflection. Designing such “something invisible” is the only architectural cluster in the exhibition of mono-oriented artists, and presents works that include not only soft elements that we create but also soft elements. Especially from the beginning, I felt the significance and planned.

It consists of 10,000 bells attached to a triangular pyramid with a height of about 4 m. To some extent, the bell is threaded through a fishing line with guaranteed tensile force and tied to a 6φ steel frame. For the weight of 10,000 bells, the line where the 6φ thin steel frame stands on its own was adjusted on site. The bell, which consists of a collection of completed bells, became a mysterious structure that fluctuated even in a breeze and continued to move and ring. The hard shape of the triangular pyramid is broken by countless bells, and the soft shape creates a gentle and enjoyable impression.

Bell Made of Bells 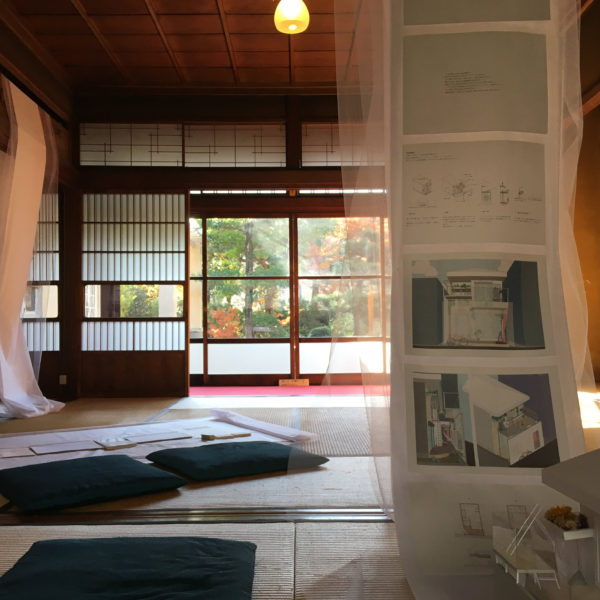 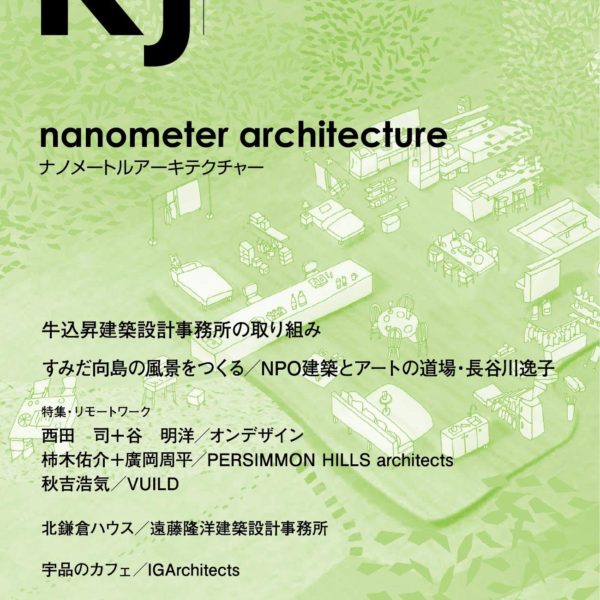